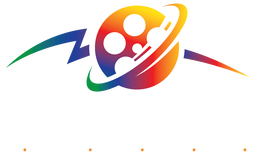 Steve Senn Productions was founded in 1992 in Nashville, TN by Nashville Freelance Videographer Steve Senn, an Award-Winning Director of Photography/Producer.

After completing his degree in Mass Communications at Middle Tennessee State University, Steve worked in television in Nashville, then struck out on his own to form his own Nashville Video Production company in 1992.

We’ve worked with fortune 500 companies, Hollywood and Country Music celebrities, as well as a variety of local small and medium sized corporations.

We shoot world class Video Production. We are A Creative Video Production Team with a passion for the art of Videography. We’re committed to capturing the best image possible for our client, every time we pick up the camera.

Over the past 26 years, we’ve gained a high-caliber reputation, shooting successfully all over Nashville, Tennessee, the South Eastern United States and around the world.

Steve’s goal is to exceed the clients’ expectations through world class customer service and outstanding Video Production at competitive prices, contact us today.

Our Entertainment clients include Oprah Show,